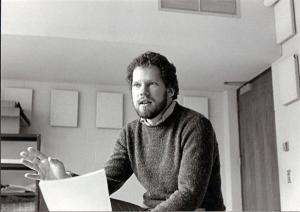 David went on to one of the major national firms in financial planning and investing. He was most impressed by a firm that seemed to be working hard to recruit women into financial planning and chose to work there. After receiving his doctorate in finance and economics at Boston University, David took a position as an investments professor at Simmons University in Boston. He chose Simmons because he admired its core mission of educating women of all ethnic backgrounds. At Simmons, David wondered how the academic approach to investments differed from what was practiced in industry and temporarily left academia to work in a consulting firm in investment analysis.

He wished to work in a firm where he could choose any fund from any company. In essence, he came to understand that he was a "captive" financial advisor with a major national firm and wished to be an "independent" financial advisor. David also returned to teaching, taking a position teaching investments and economics at Boston University. Teaching and practicing investing was eye-opening. On the one hand, David witnessed the "Wall Street" approach where he worked, which involved commissions and limited and expensive investment choices. On the other hand, at Boston University, David taught his students how to avoid these expensive investments, in line with academic research. David personally experienced the problem with the financial services industry. He was encouraged to recommend mutual funds that were owned by his employer. He was also encouraged to choose expensive investment choices to boost his commissions. 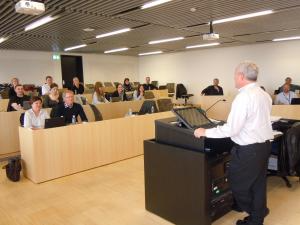 On November 1, 2002, he founded Vantage Point Financial, a firm dedicated to gender parity, clients' education, and independent financial advice.  He still needed to choose a broker/dealer and investment adviser to support his new company. For that purpose, he chose Commonwealth Financial Network® because he felt it had the widest array of investment choices and best-in-class wealth planning backup. With that change, David offered clients his expertise as before, but with more choice and better service.

Emphasis on Education: Learning Both Inside and Outside of the Classroom 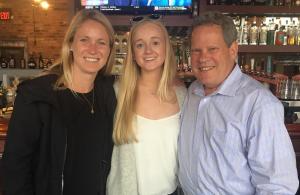 As an investments professor at Boston University, David offered semester internships at Vantage Point Financial to his students. Although financial advising is a profession that is well suited to both men and women who want to help others, the majority of financial advisors are men. David strove to encourage women to enter the industry by offering his female students internships at Vantage Point Financial. Over the years, he trained mostly female students from Pakistan, India, China, Thailand, Bulgaria, Iceland, Turkey, Greece, and the USA. They have all gone on to be successful in finance after graduation.

In the summer of 2012, David hired Ashley Ott for the summer. She was a psychology major from Harvard University who was between jobs. As per the usual internship, she helped prepare for meetings and manage the day-to-day operations. By the end of the summer, Ashley realized she loved working with clients and helping them achieve their financial goals. Fortunately for both David and Ashley, David decided it was time to hire someone full-time.

For the next three years, Ashley had a crash course in economics, finances, and investments. She learned firsthand from David and attended classes at Boston University to earn her CERTIFIED FINANCIAL PLANNER™ certification. Ashley then took the opportunity to teach finance in the undergraduate program at Boston University for several semesters. As David says, she took to financial planning "like a duck to water," learning everything she could.

She never imagined that her position for the summer would turn into her lifetime career. Her passion for helping others, which drove her to be a psychology major, could be applied to financial planning services. After four years, Ashley became an associate advisor and, two years later, part-owner of Vantage Point Financial. 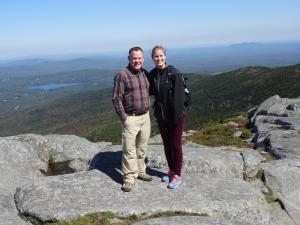 Goals for the Future: Striving for Gender Parity and Financial Literacy 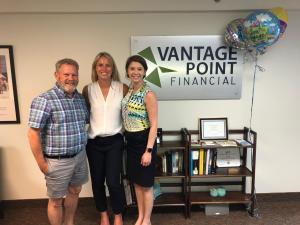 We continue to look for ways to move our industry forward in terms of gender balance, diversity of thought, socially responsible investing, and continuous innovation to stay at the forefront of best practices.

As co-owners of Vantage Point Financial, David and Ashley seek to help individuals and families with their financial concerns and questions and educate the community.